Over-60s spend more than 400 hours a year gaming, helping contribute to the £343 million gamers are adding to the UK’s annual energy bill, our research suggests.

Our survey also revealed the positive effects of gaming, with gamers over the age of 60 saying that video games have helped improve their mental health (30%) and reduced their feelings of loneliness (19%)*.

The UK’s older gamers spend an average of 8 hours a week playing games, which is just 45 minutes less than the 16 to 29-year-old age group - the nation’s youngest adult gamers. 49% play games on their smartphone and 40% use a tablet, while only 1 in 8 play on a PS4.

Two-in-five gamers over 60 have even stated they spend more time gaming than on any other hobbies. The same number even confessed they had avoided chores to game for longer, while 13% admitted they had sacrificed sleep to fit in more gaming downtime.

As I’m sure we’ve all experienced a parent or grandparent owning a smartphone for the first time, it’s come as no surprise that Candy Crush is the game of choice for 56% of older gamers. See what other games take their fancy below: 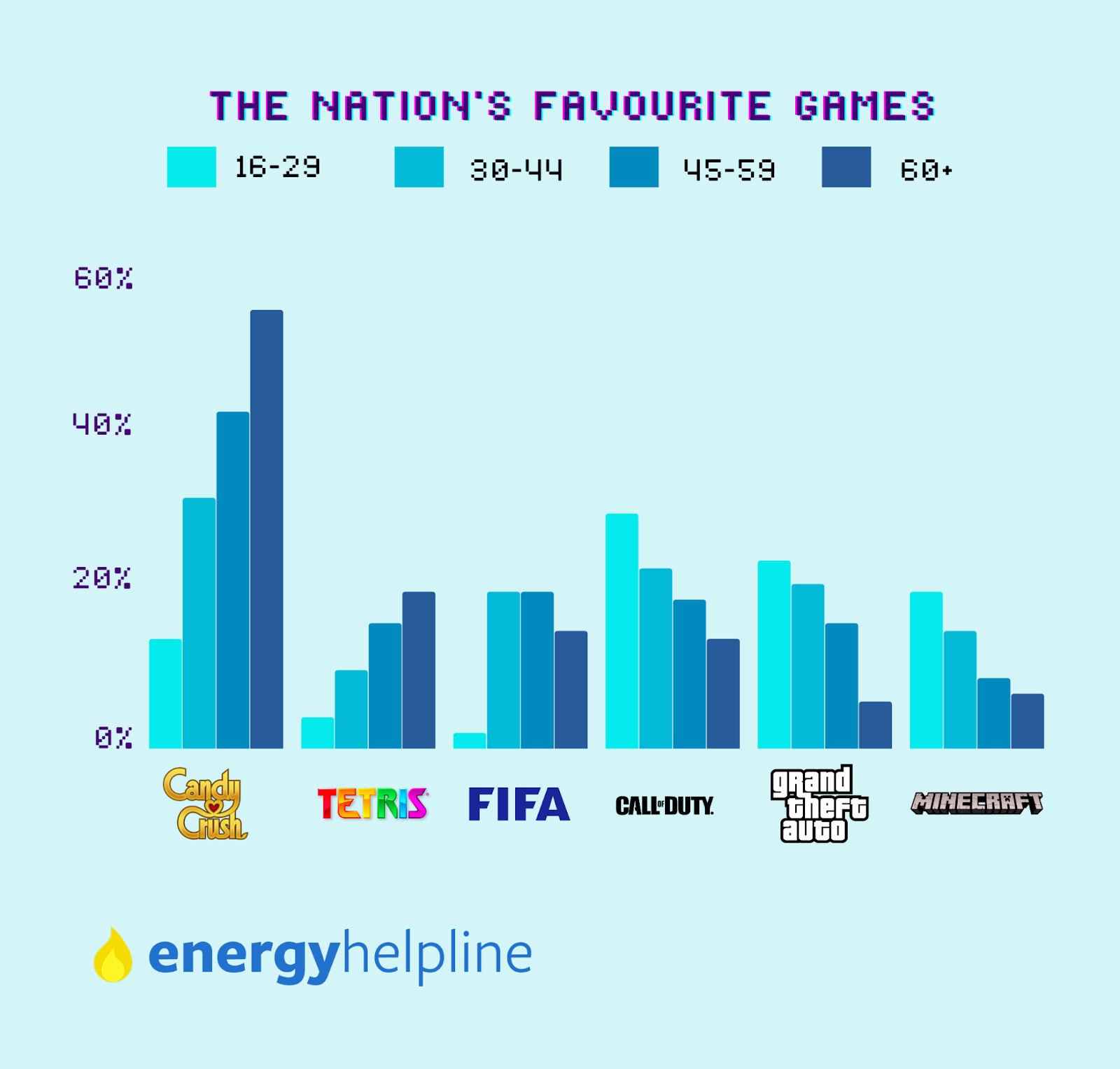 More than just a game

Video games are no longer considered anti-social - at least by those who play them. They’re a great way to keep in contact with friends, especially during periods of isolation and lockdown, with four-in-ten gamers stating they play to socialise, with this increasing to two-thirds among those aged 16 to 29.

Gamers over 60 have expressed that gaming is far more than just a method of socialising, with almost a third saying it has helped improve their mental health and a fifth believing it has helped combat feelings of loneliness.

“After a year of lockdown and shielding, gone are the days of young kids gaming alone in their parents’ basement.”

“With older generations looking for new ways to socialise and tackle loneliness, it’s no wonder many have turned to video games, with our research revealing that gaming is an acceptable way for all to socialise – regardless of age.”

“As older gamers continue to increase their time gaming, they’re going to see their energy bills rise somewhat thanks to modern consoles using more electricity than their classic counterparts.”

“By taking the time to switch to a fixed energy deal, you can make sure you’re not paying over the odds for your energy and can continue gaming without worrying about the impact on your savings.”

Analysis shows UK gamers are adding £342,720,000 a year to the nation’s energy bill, which is great to see if it’s helpling so many through harder times.

How about you look to make the cost of gaming cheaper by switching to a cheaper supplier?

It’s fast and free, and once you choose the deal for you, we handle the rest.

*Research stats are from a 2,005 respondent consumer survey of UK gamers, conducted in 2021 by Prospectus Global on behalf of Energy Helpline.