How do solar panels work?

< Back to Green Hub

Solar panels are one of the most popular methods of home-grown renewable electricity. We’ve all seen them installed on people’s roofs, but how do solar panels really work?

If you’re interested in having some solar panels installed on your home, check out our simple step-by-step guide explaining exactly how you could benefit from them.

The panels are made using silicon cells and a glass casing, surrounded by a metal frame and a special film. The panels are installed in an arrayed group for maximum sunlight absorption, placed on rooftops for efficiency, and then the cells (or photovoltaic cells) absorb the sunlight during the daytime.

Each solar cell has two layers of silicon; one layer is positively charged and the other negative. Together they form an electric field so when light energy from the sun strikes them, the cell is energised and causes electrons to release from atoms within the layers of silicon.

The electrons that are released are activated by the electric field surrounding the two layers of silicon, and this process creates an electrical current.

The electrical current the solar panels are now creating is called direct current (DC) electricity, which is not the type of electricity that powers your home.

For the electrical current generated by the solar panels to be able to power your home, the DC current needs to be converted into alternating current (AC) electricity. For this to happen, an inverter is installed in your solar panel system, which is configured as either one inverter for your entire solar panel system or as individual microinverters behind each individual panel.

The now alternating current electricity runs through the electrical panel as is distributed throughout your home to power you appliances. It works in the exact same way as normal electrical power generated through the grid, so nothing else within your home needs to change.

So what happens to my traditional energy supply?

You’ll still remain connected to your energy supplier, allowing you to ‘top-up’ your solar energy with traditional electricity.

Depending on the type of weather - cloudy or sunny - your solar panels will either collect less or more energy respectively. Sometimes you might collect a lot of energy when no one is home. A net meter is used to measure the electricity produced and the electricity that’s consumed.

This net meter allows your energy supplier to track the energy collected, and if there is a surplus some will be sent back to the grid, earning you credits! Check out the section below to find out more about these energy tariffs. 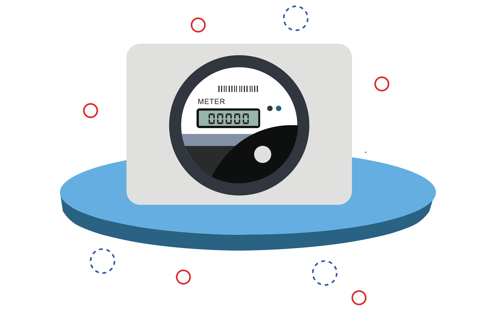 If you produce your own means of renewable electricity, you can join what’s called a feed-in tariff (FIT), with energy suppliers doing their own version. Ofgem has established something called the Smart Export Guarantee (SEG), which is an obligation for licensed electricity suppliers to offer a tariff and make payments for low-carbon electricity exported to the National Grid.

The Smart Export Guarantee is for anyone who has installed infrastructure up to a capacity of 5MW or up to 50kW for Micro-CHP. These include solar PV, wind, micro combined heat and power (CHP), hydro or anaerobic digestion.

How do I need to install solar panels?

How much are solar panels in the UK?

A single solar panel typically costs somewhere between £350-£500, but the cost varies depending on the size and type of the solar panel system installed.

The most common system installed is a 4kW solar panel system which would set you back around £6,000 and will take up 29 square metres of your roof space.

How many solar panels do I need?

How many solar panels you need depends on how much money you want to save by creating your own renewable electricity. The more you have means the more expensive it will be to have your solar panels installed, but it also means you’ll end up saving more money over a shorter period of time.

Below is a table showing how much money you could save over time depending on how much you initially spend on solar panels.

Do you need planning permission for solar panels?

While the installation of solar panels do not need planning permission, there are conditions that need to be met. These are as follows:

If you are a leaseholder you might need to get permission to have solar panels installed.

Do solar panels have to be cleaned?

Yes they do, but not too regularly. Although bird droppings and other substances building up on your panels over time can have an impact over the amount of electricity generated by a module, so it’s within your best interests to keep them as clean as possible.

If you're interested in becoming greener and more eco-friendly, check out our guide comparing the UK's best green energy suppliers.